Behind that calm, cool, collected and intellectual veneer, Dylan is both creative and a visionary. Dylan was very kind to lend me a little time.

US-based adtech & media company Road Runner Media that is playing an instrumental role in road safety and mobile digital advertising has executed a DOOH campaign for American pizza chain Little Caesars using its network of digital screens secured to the rear of vehicles;...

My Dinner with Dylan

He’s easy-going, brainy smart, can create and cook a real blowout, has one the biggest, recognizable smiles in the industry, and was just named President of Geopath, the Out-of-Home industry standard for audience measurement in the U.S. Although that’s a...

In what might be music to retailers’ ears, an enhanced platform is providing more multimedia messages to shoppers during their in-store experience.

It was gratifying to see so many friends and colleagues come together at our recent OOH Media Conference and then to read so many posts online discussing positive experiences and takeaways.

It was gratifying to see so many friends and colleagues come together at our recent OOH Media Conference and then to read so many posts online discussing positive experiences and takeaways.

Why Digital Marketers Are Moving From Display Ads To OOH

Stingray Group, a leading music, media, and technology company, announced Thursday that InStore Audio Network has been fully integrated into its offering following the acquisition in January, and the combined entity of the US and Canadian operations is now named...

Why Out-of-Home Is Becoming The Model For Audience Measurement

As Geopath begins the rollout of its new strategic vision developed in partnership with PwC and leaders from across the industry, we will be providing periodic updates on what to expect over the coming months. Below are two important updates that Geopath will implement next week. These changes will provide us with the additional flexibility and ...

Dylan sits down with Jim Johnsen to discuss music, future of Geopath

by Jim Johnsen, Managing Director, Johnsen, Fretty & Company Sunday Best Sunday Best click here⇒  https://youtu.be/_83KqwEEGw4 Nick C. beat me to the punch!  All the same it was a good article and shed some light on our one and only Dylan Mabin.  No, not the guy that plays cornerback for the Saints…the guy that is going to ...

Over the last few years, there have been many significant changes that have taken place across the world. Key among these has been a trend toward environmentalism and sustainability. In fact, just last month, JCDecaux released the 2030 Sustainability Strategy – a comprehensive plan for sustainability and reduced environmental impact, continuing the work that began ...

Dinner with Dylan Nick Coston sits down with Dylan for dinner and a chat.

He’s easy-going, brainy smart, can create and cook a real blowout, has one the biggest, recognizable smiles in the industry, and was just named President of Geopath, the Out-of-Home industry standard for audience measurement in the U.S. Although that’s a mouthful, it’s all true. That’s why, when I met up with Geopath’s Dylan Mabin a few weeks ...

Embrace Your Fear A Note from Geopath President Dylan Mabin

A Note from Geopath President Dylan Mabin It was gratifying to see so many friends and colleagues come together at our recent OOH Media Conference and then to read so many posts online discussing positive experiences and takeaways.   I too, was so happy to be in-person with so many people and to have the ...

May 17, 2022 (New York, NY) – Geopath, the not-for-profit out of home (“OOH”) audience measurement organization established in 1933 and governed by a tripartite board of agencies, advertisers, and media companies, announced today that Dylan Mabin, former Executive Vice President of Operations and Acting President, has been named President of Geopath. Mabin first joined ...

What to Know Before You Go Essential Info for 2022 GO OOH Media Conference &...

What to Know Before You Go At long last, it’s finally time for the 2022 GO OOH Media Conference & Expo! We’re elated to create lasting connections with new colleagues and visit old industry friends. We’re sure you’ve already started packing your bags for the Sunshine State, but know a few key things before you go ...

Tell us a bit about your background and what led you to the formation of Adkom. Before founding Adkom, I worked on the buy-side as co-CEO of Kinetic Worldwide, a division of WPP, where we specialized in planning and buying OOH media. It was easy to scale a plan through the big media companies, but ...

The Foundations of Media Measurement Monday, May 16th, 2:00PM – 4:00 PM, Calusa 3 & 4 Join Scott Fiaschetti and Brian Schopper from Geopath as they give an in-depth review of the foundations of media measurement, and Geopath’s approach to measurement. In this session, they will provide attendees with a deeper understanding of the key ...

What's going on in #OOH

Watch the new season of @evil on @paramountplus today and get ready for these new episodes full of supernatural dra… https://t.co/NvZx6L6Ru8

RT @YourOAAA: Our friends at @OUTFRONTMEDIAUS and @CCOutdoorNA are continuing to honor #PrideMonth2022 - including insights into the #OOH c…

Check out this amazing, eye-catching out of home ad for @dunkindonuts 😍☕️🍩 #OOH #outofhome #advertising… https://t.co/gHe0Ij3Kfy

Our friends at @OUTFRONTMEDIAUS and @CCOutdoorNA are continuing to honor #PrideMonth2022 - including insights into… https://t.co/u9V6fvTHxw

Big thanks to @StephanieGutnik and all of our early bird sponsors for helping us plan this October’s #AdTECH: #OOH… https://t.co/dvVlSsPXs7

Thank you to @Billboardinsidr and @DigSignageToday for covering the back-to-school #OOH consumer insights we just… https://t.co/6lhON1kclO

Never mind the @BetterCallSaul bus bench - when it comes to lawyers, out of home advertising is all about trust. Re… https://t.co/PLDar7LmAS

From new products to embracing mobile and connected technologies, @LamarOOH has been at the forefront of innovation… https://t.co/fqXbA4xvsh 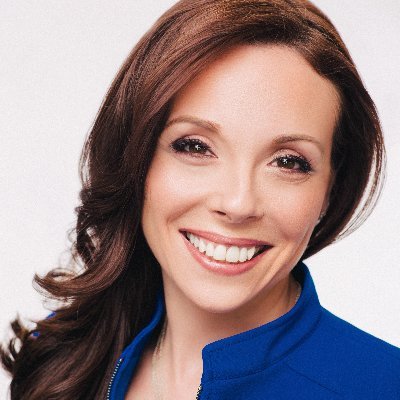 RT @Motionwrks: The cord-cutting phenomenon continues to grow, making it challenging to reach TV audiences. But - even as gas prices inch u…

.@annabager has been taking the power of #OOH to centerstage all week at #CannesLions2022 with a panel on… https://t.co/Zxne1ZuNQS

From the digital to physical world, @Contentsquare knows what captures people's attention. The digital experience a… https://t.co/RVotsSOQBp

A Look Back At The Past Year —2020 OOH Advertising Spend

Beating The Odds With OOH —Lotteries And OOH